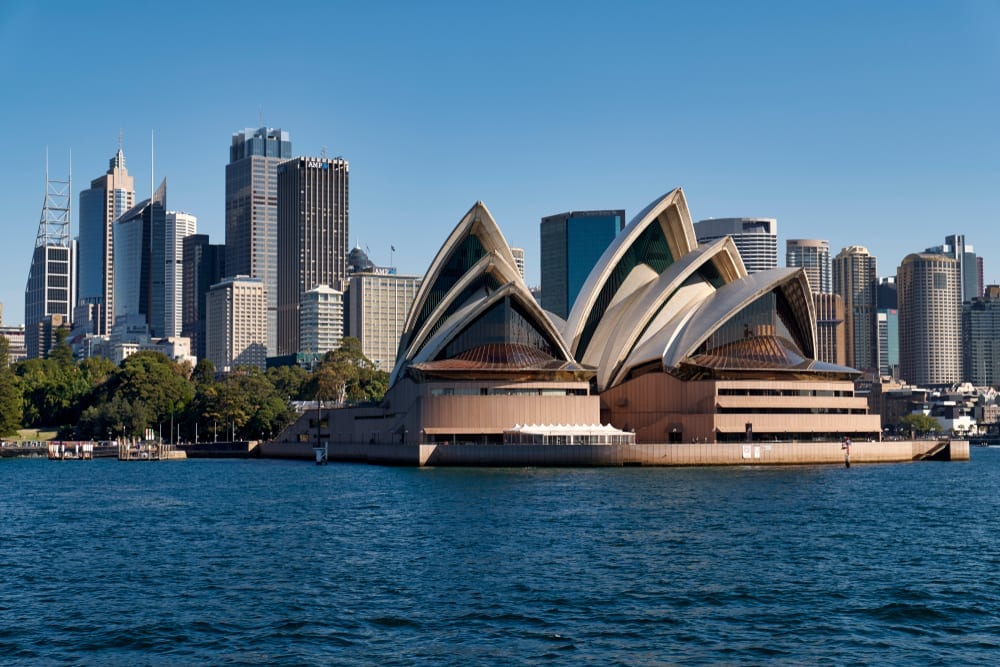 The drastic move came as local cases surged to over 700, with about 80 per cent of those coming in from overseas

Australia’s tourism industry has been dealt another crushing blow with Treasurer Josh Frydenberg warning non-residents could be banned from the country for at least six months.

The drastic move to shut Australia’s borders from 9pm on Friday came as local cases surged to over 700, with about 80 per cent of those coming in from overseas.

Only Australian permanent residents and citizens will be allowed to enter the country after Friday’s deadline.

Mr Frydenberg could not confirm how long the ban would be in place, but suggested the borders would be shut for at least six months.

The restrictions would only be lifted once it is ‘safe to do so’ or when there is a vaccine for COVID-19, he told ABC Radio on Thursday night.

Earlier, Prime Minister Scott Morrison announced the extraordinary step of only allowing citizens and residents into the country to deal with the coronavirus.

So, the overwhelming proportion of cases in Australia have been imported, he said.

Westpac, NAB and Commonwealth have also said they are prepared to defer repayments.

It comes as thousands of jobs are axed, including 20,000 Qantas roles, as coronavirus reduces economic activity.

On Tuesday banks in the UK agreed to pause eligible customers’ payments for three months.

The monthly payment changes to zero, and interest accrues for the period.

Nigel Stapledon, Research Fellow in Real Estate at UNSW, said it was in everybody’s interest for Australian banks to follow suit.

It’s in everyone’s interests to adopt measures to get us through the next six to twelve months, or however long this lasts, he said. This is not like major recessions in the 80s and 90s when unemployment remained high for a long time afterwards. This is a short, sharp shock and we can return to better circumstances once it’s over.

Dr Stapledon, who was Westpac’s chief economist from 1993 to 2003, said house prices would likely come down by five to 10 per cent due to the knock-on effects of the coronavirus.

Buyers will drop out but sellers will pull back so we are likely to see reduction in activity in the housing market, he said.

People who need to sell now might see growth over the last few years walk out the door, he said.

Dr Stapledon said helping homeowners is sensible but it would be harder for the government to help renters.

He said a freeze on rents would not help because rents are actually coming down.

If I were a renter I would be more concerned with assistance on the income side, for example helping me keep my job, rather than the complication of doing something on rental side, he said.

We can’t fully mitigate all the impacts – that’s impossible. You can’t compensate everyone, he said.

ANZ CEO Shayne Elliott told 2GB radio’s Money News on Wednesday night: There is light at the end of the tunnel.

Our job at the bank is that customers survive whatever that period is – whether it’s three months, or six months, or longer, he said.

Banks have record levels of capital, more liquidity and we’re ready and able to assist customers through that, Elliott said.

I’m confident the lenders are examining all their options to make life easier for their customers, including small businesses, he told Daily Mail Australia.

Labor has also called for measures to stop renters being evicted if they cannot pay.

In the UK, landlords will not be able to start proceedings to evict tenants over the next three months.

A practical plan needs to be developed as quickly as possible tailored to the situation in Australia, Shadow Housing Minister Jason Clare said.

Please remember that investments of any type may rise or fall and past performance does not guarantee future performance in respect of income or capital growth; you may not get back the amount you invested.
Henry ThomasMarch 19, 2020

Since the start of the coronavirus pandemic, the Economic Statistics... END_OF_DOCUMENT_TOKEN_TO_BE_REPLACED

Once viewed as a nice, lowish risk source of reliable... END_OF_DOCUMENT_TOKEN_TO_BE_REPLACED

Getsafe hopes to capitalise in the insurance sector