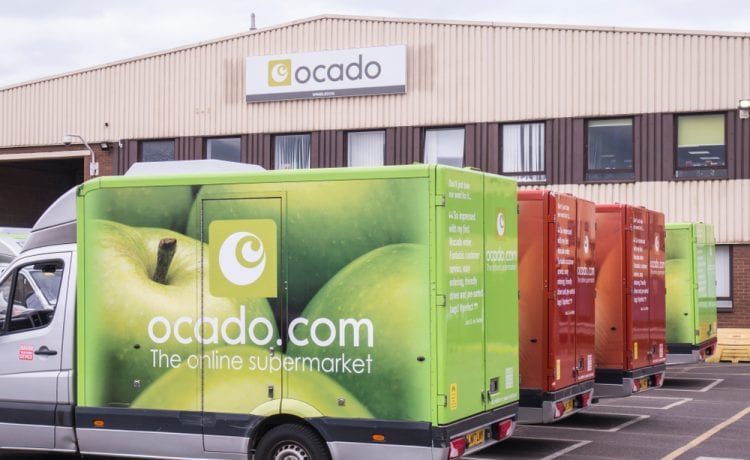 Ocado, the UK grocery concern that has struck deals with grocers around the world to use its robotic fulfilment centre technology, is being sued by AutoStore for intellectual property theft – with AutoStore in turn being investigated by Ocado for patent infringement.

AutoStore, based in Norway, filed the lawsuits in London and New York, seeking to block Ocado and its UK partner Tharsus Group from “manufacturing, importing, using and selling technology” based on its IP, and from importing it into the U.S.

In addition to Kroger, Ocado has technology partnerships to create automated fulfilment centres for Marks & Spencer and Morrisons in Britain, Casino in France and Aeon in Japan. AutoStore said in a release these partnerships “rely on the continued infringement of AutoStore’s intellectual property.”

Since 1996, AutoStore has developed and pioneered technology that has revolutionized retail storage and order fulfilment, and is driving the growth of online retail, said Karl Johan Lier, CEO and President of AutoStore in the release. Our ownership of the technology at the heart of Ocado’s warehousing system is clear. We will not tolerate Ocado’s continued infringement of our intellectual property rights in its effort to boost its growth and attempt to transform itself into a global technology company.

AutoStore says Ocado has been one of its customers since 2012, and claims that its infringement of AutoStore’s automated storage and retrieval system (AS/RS) and robots “is the foundation on which the ‘Ocado Smart Platform’ (OSP) was built and on which Ocado’s business today is based.”

In February 2019, an Ocado fulfilment centre in the UK was gutted after it caught fire due to a grid failure, causing worries about its safety. Ocado’s CEO said there was no concerned about any fundamental design issues.

Please remember that investments of any type may rise or fall and past performance does not guarantee future performance in respect of income or capital growth; you may not get back the amount you invested.
Henry ThomasOctober 3, 2020

Once viewed as a nice, lowish risk source of reliable... END_OF_DOCUMENT_TOKEN_TO_BE_REPLACED