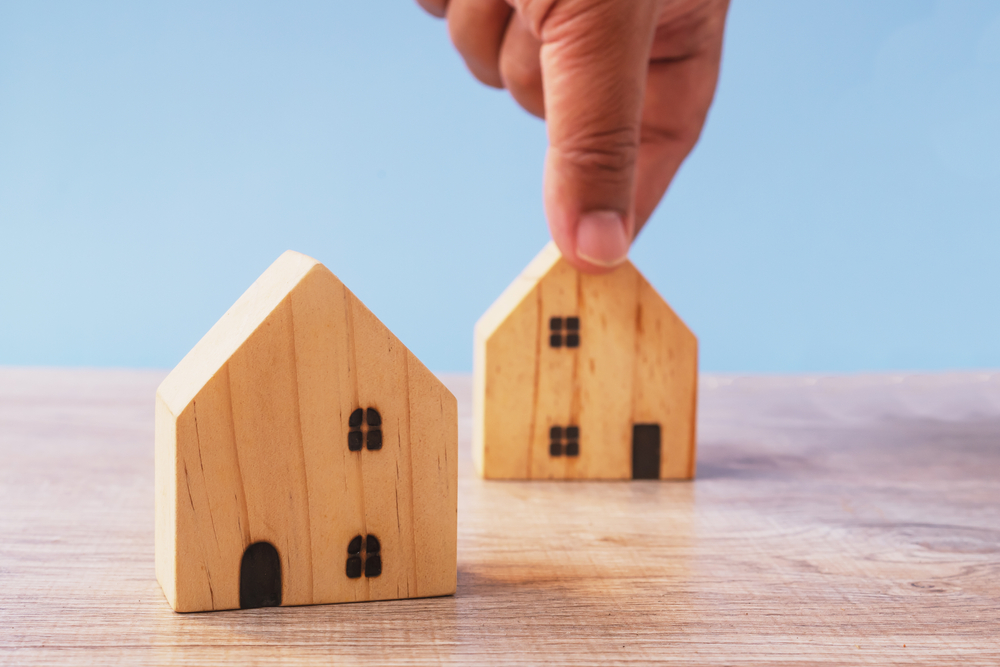 Property values increased by 12.8% annually in May, accelerating from an 11.9% increase in April

The average UK house price has jumped by £32,000 in a year, adding to concerns about affordability as households grapple with the cost-of-living crisis.

Property values increased by 12.8% annually in May, accelerating from an 11.9% increase in April.

This pushed the typical house price to £283,000 in May, which was £32,000 higher than a year earlier, the Office for National Statistics (ONS) said.

Property values in England, Wales and Scotland all hit new record levels in May.

Within England, the South West was the region with the highest annual house price growth, with average prices increasing by 16.9% in the year to May.

London had the lowest annual house price growth at 8.2%. The capital’s properties remain the most expensive of any region in the UK, at an average of £526,000 in May.

The ONS also released rental figures, showing that private rents paid by tenants rose by 3.0% in the 12 months to June, up from 2.8% in the year to May.

The East Midlands recorded the highest annual growth in private rental prices (4.3%), while London had the lowest (1.7%).

London again saw the lowest increase, though prices there are continuing to accelerate, Lewis said.

Rents continued to grow across the country, with the East Midlands seeing the biggest rises. London was again lowest, though its rate of increase continues to climb, Lewis said.

The house and rental price figures were released as Britain’s rate of inflation surged to a fresh 40-year high, as rocketing fuel and food prices drove it closer towards double figures.

Consumer Prices Index (CPI) inflation rose to 9.4% in June, up from 9.1% in May and remaining at the highest level since February 1982.

Karen Noye, a mortgage expert at Quilter, said: With the Bank of England expecting inflation to peak at around 11% later this year, a 50 basis points rate hike could well be on the cards at the (Bank of England’s) next monetary policy meeting. If this is the case, people’s spending power will be reduced and the already dwindling number of cheap mortgage rates will quickly disappear.

With wages failing to keep up, the high costs of moving could put off prospective buyers and first-time buyers will see their hopes of getting a foot on the property ladder pushed further out of reach, she said.

A dip in demand could see a slowdown in the housing market over the coming months, and we could see a reversal of prices coming into the autumn when the true scale of the energy crisis unfolds, she said.

Noye said: The UK continues to face a severe financial problem and the housing market will face its biggest challenge yet as the cost-of-living crisis takes hold.

Mark Harris, chief executive of mortgage broker SPF Private Clients, said: As house prices continue to rise, inflation soars to 9.4% and with more interest rate hikes on the way, there is growing concern around affordability and borrowing potential.

Mortgage rates remain competitive, although they are on the rise. Borrowers need to move quickly to secure the best fixed rates as they are often pulled at short notice, he said.

He said: With service levels varying considerably between lenders, it may take longer than borrowers anticipate, particularly if their case is complex, so advice is more important than ever.

Please remember that investments of any type may rise or fall and past performance does not guarantee future performance in respect of income or capital growth; you may not get back the amount you invested.
Henry ThomasJuly 20, 2022

Since the start of the coronavirus pandemic, the Economic Statistics... END_OF_DOCUMENT_TOKEN_TO_BE_REPLACED

Once viewed as a nice, lowish risk source of reliable... END_OF_DOCUMENT_TOKEN_TO_BE_REPLACED