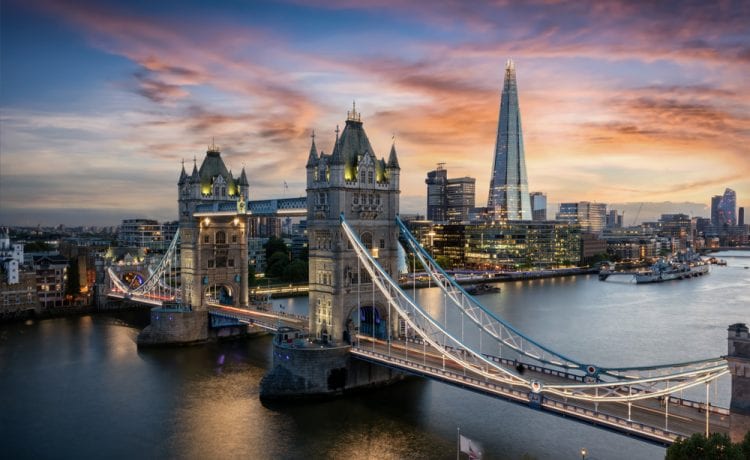 The current restrictions on travel caused by Covid-19 is making a second home abroad less appealing, with Brits instead concentrating on investment in their home country instead.

A recent survey conducted by The Guild of Property Professionals found that a third of Brits either currently own a second home or would consider buying one in the UK, with 35 to 44-year-olds the most likely to consider purchasing a second home in the country.

Iain McKenzie, chief executive of The Guild, says that summer would traditionally have been a slower period in the property market with many Brits holidaying in other parts of the world.

This year, though, with more people opting for a staycation in the UK due to travel restrictions, attention was turned to the domestic property market and finding a primary property that offers more space and a better quality of life or a holiday home that people can escape to for some much-needed rest and relaxation without the fear of having to quarantine.

July was one of the busiest months the property market has seen in the past decade, according to findings from Rightmove – with some £37 billion worth of sales in the period between July 12 and August 8.

All the latest stats also point to a market that is continuing to accelerate rather than slow down. The surge in demand for property has led to monthly price increases in ten out of twelve regions during a time when the market would normally see a decrease in prices as sellers attempt to entice ‘holiday distracted’ buyers.

The Guild says more people are looking at property and more sales are being agreed than for the last ten years in the property market as the post-lockdown mini-boom continues.

Approximately one million people in the UK, which equates to around 4% of all households, have turned their dream into a reality and own a second property, McKenzie said.

With the current demand for property surging and the stamp duty holiday in play until March 31 2021, we could see more and more people tempted to purchase the cottage in the countryside or flat overlooking the beach despite the fact that they would still need to pay a 3% surcharge on a second home, he said.

Research carried out by The Guild has shown a rise in those looking for second homes, for holidays and as an alternate base as the UK adds more and more countries to its no-go list with Covid-19 cases increasing rapidly in Europe.

The 35-44 age bracket are the most interested in having a second property in the UK, the research showed, with 45% looking to purchase a second home.

As prices rise, and accommodation is booked out across the country, Brits are also looking at property now more than ever to generate income, with just under a quarter (22%) saying they would consider buying a property to list as an Airbnb, McKenzie added.

He said, investing in a second property is a way for people to have a holiday home they can enjoy with their family when they want to, while having the option of letting it out as a short-term holiday let on a platform such as Airbnb.

Some attribute the government’s announcement on stamp duty as a driving force, with nearly a fifth (18%) now considering purchasing property because of the SDLT holiday.

For those looking to purchase a primary residence in England or Northern Ireland there is no stamp duty up to £500,000, with those purchasing a second home having to pay a 3% sub-charge, McKenzie continued.

He said, essentially this means that people buying a second home are paying around half the stamp duty they would have paid prior to the SDLT holiday announcement, which definitely makes it a more attractive and financially feasible option.

He concluded: The real estate market contributes £101.2 billion to the UK economy and makes up 7% of the nation’s GDP, so Brits investing back into the country is a welcome position for the British economy.

Important:
This article is for information purposes only.
Please remember that financial investments may rise or fall and past performance does not guarantee future performance in respect of income or capital growth; you may not get back the amount you invested.
There is no obligation to purchase anything but, if you decide to do so, you are strongly advised to consult a professional adviser before making any investment decisions.
Henry ThomasSeptember 11, 2020
Leave a reply