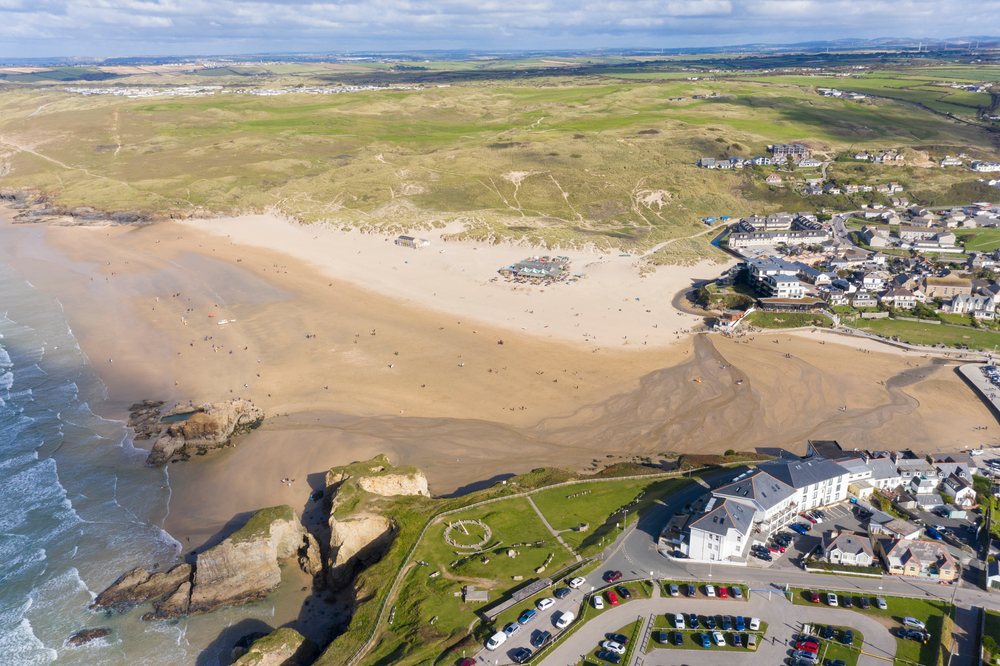 Skateboarders in Perranporth are celebrating after councillors granted planning permission for a skatepark in their village.

The plans had led to a row between the parish council and residents who were concerned about noise from the park.

The dispute had meant long delays to the plans for Perranporth with conflicting sound reports being commissioned by Perranzabuloe Parish Council, which is leading the project, and by the objecting residents.

That decision went against the council’s planning officers’ recommendation which was to refuse planning permission due to the noise concerns.

But councillors were satisfied that an acoustic fence which would be erected to shield the park would be enough to mitigate the problem.

The planning application had attracted wide support in Perranporth with online comments seeing 94 in favour and 20 objections.

But the residents of homes opposite the proposed site were unhappy with the proposals.

Kevin Havill, speaking on behalf of the residents, claimed that noise from the skatepark ‘will cause physical and mental illness.’

He said that the independent report from acoustic experts commissioned by the parish council indicated that there would still be adverse impact for residents and said that on this basis the application should be refused.

Havill said all residents wanted to make sure was that the skatepark should be ‘in the right place at the right time.’

He also claimed there was a risk of antisocial behaviour from the skatepark.

Ben Byfield, Perranzabuloe parish councillor, addressed the committee and said the noise report commissioned by the council following the deferral of the plans last summer had led to a ‘reliable and scientific’ conclusion that mitigation could be put in place to reduce the impact on nearby properties.

He said many other skateparks had been allowed to be created in Cornwall many of which were much closer to homes than the proposed Perranporth site.

He added: Local people, quite rightly, feel unfairly treated to have standards imposed that are over and above others.

The parish councillor said children and young people were skateboarding in the street or in car parks which he said posed a danger, adding: Every day that goes by there is an ongoing risk of a death or serious injury in our community, this is why there is local frustration.

He said the parish council had done all it could to try to get the skatepark up and running and would ensure that CCTV covered the site and street marshals would monitor the park as well.

He warned that if the plans were not approved it was unlikely that Perranporth would ever get a skatepark.

Committee member John Fitter said he agreed with the planning officers that the application should be refused.

He was concerned about ‘noise pollution’ from the park and said he sympathised with the nearby residents’ concerns.

Cllr Fitter said: It is not a suitable place and I personally say that somebody has to stand up for the people who live in those houses.

They should have a quality of life to enjoy their gardens or have their windows open and not have possible damage to their health, he said.

However Michael Bunney disagreed and proposed that the application should be approved with conditions that would require the acoustic fencing to be installed and for a management plan to be agreed with the council.

That proposal was seconded by Mike McLening who said it was important to give young people opportunities.

The committee voted to give delegated authority to planning officers along with the committee chairman and vice-chairman and local member to grant permission subject to the acoustic fence being installed and a management plan agreed.

There were nine votes in favour and one against.

Please remember that investments of any type may rise or fall and past performance does not guarantee future performance in respect of income or capital growth; you may not get back the amount you invested.
Henry ThomasMay 12, 2022

Since the start of the coronavirus pandemic, the Economic Statistics... END_OF_DOCUMENT_TOKEN_TO_BE_REPLACED

Once viewed as a nice, lowish risk source of reliable... END_OF_DOCUMENT_TOKEN_TO_BE_REPLACED