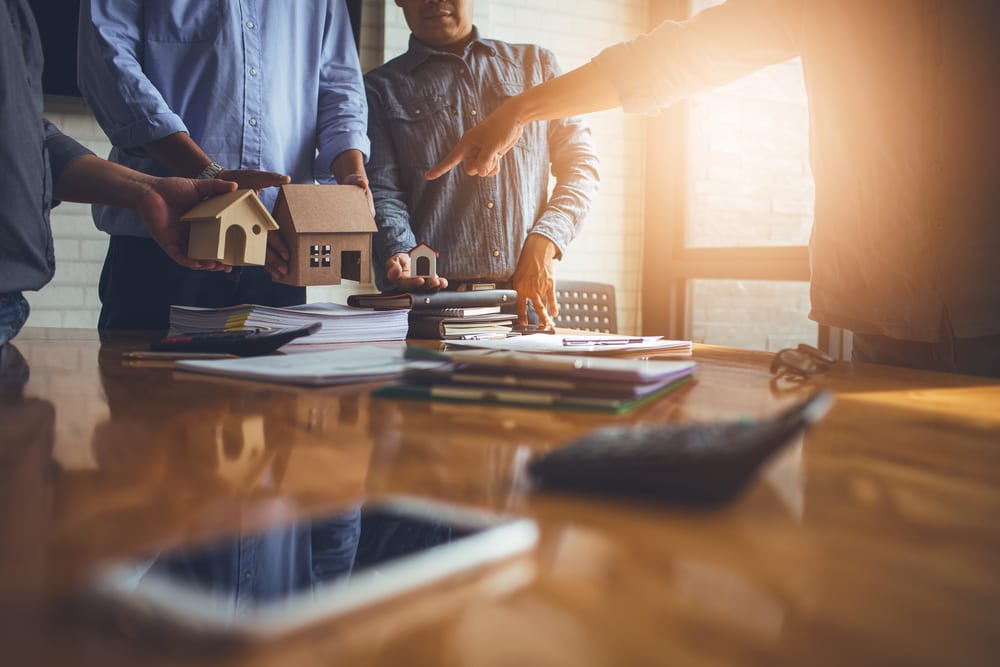 The app is believed to be a first of its kind in that it allows three-way updating by building administrators, contractors and the people living within a building

Fledgling property services company 91BC is looking to pull the factoring industry into the modern era with the launch of an app that has allowed it to go from start-up to more than £2 million in annual revenues within four years.

Based in Glasgow, the company currently services the needs of approximately 2,000 residences across more than 200 properties in and around the city. It also opened an office in Edinburgh at the start of last month that will be overseen by 91BC co-founder Doug MacSween when the company reverts from home working.

The app is believed to be a first of its kind in that it allows three-way updating by building administrators, the contractors who carry out repair work and the people living within a building. This “community” element of the portal is accessed in real time 24 hours of the day, allowing issues to be resolved quickly.

A commonly reported task could be leaking roof, Mr MacSween explained. The historically-accepted method would be to write physical letters to all of the owners, wait for responses, communicate back to the owners with a further letter, collate the approvals and then handle objections.

Our process involves the creation of a maintenance request by either a customer or administrator, which in turn creates a flag to affected owners for their review and approval. The contractors who attend the job can then check in on their device, upload before and after photos and close the loop on a problem – in some cases on the same day, MacSween said.

91BC employs 13 people and is owned by Mr MacSween, co-founder Scott Ferguson and technical officer Craig Bruce. In addition to the expansion of their own factoring activities, their aim now is to launch a downloadable version of the app that will be licensed out to other property services providers.

The company hopes to do this in about a year’s time in move it believes will shake up a “dated market” that is “the subject of ridicule”.

It is a big, big project, Mr MacSween said. The struggle is to protect our IP, and I want to make sure that is completely protected before we go out to the wider market with it.

The company was set up in 2015 by Messrs MacSween and Ferguson, who struck up a friendship at university before moving into property renovation. They spotted the opportunity to create a modern property management tool, and with a small grant from Scottish Enterprise, spent six months in development before launching 91BC in 2016.

The firm has continued to operate with minimal disruption through the Covid-19 pandemic, which Mr Ferguson described as “the first real test of our continuity plan”.

We are fortunate that our office team is running a tablet environment which is linked directly into our telecoms, so when lockdown was announced we were able to collect everything that we needed to implement home working for our team and be up and running the following morning without interruption, he said. While work requiring a tradesman to cross the threshold of a home was impacted, outdoor and common area works were able to continue with social distancing measures in place.

Since setting up in Glasgow, 91BC’s customer base has spread into Lanarkshire, Tayside, Ayrshire and Argyll and Bute. The company is hoping to replicate that pattern from its new office in Edinburgh.

Please remember that investments of any type may rise or fall and past performance does not guarantee future performance in respect of income or capital growth; you may not get back the amount you invested.
Henry ThomasJuly 20, 2020

Since the start of the coronavirus pandemic, the Economic Statistics... END_OF_DOCUMENT_TOKEN_TO_BE_REPLACED

Once viewed as a nice, lowish risk source of reliable... END_OF_DOCUMENT_TOKEN_TO_BE_REPLACED