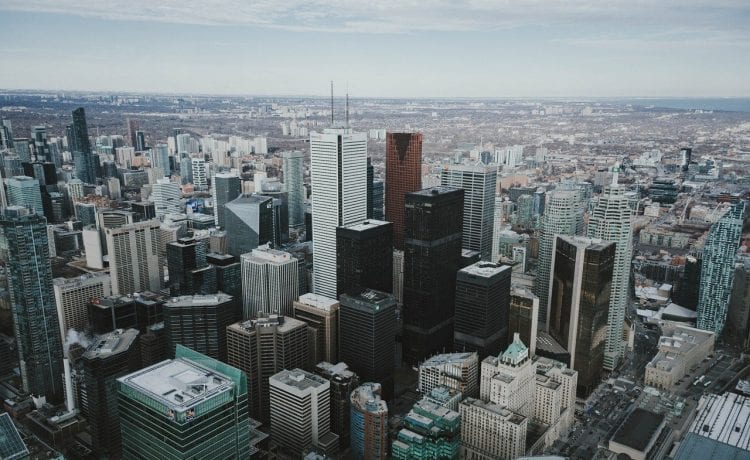 According to data from the Toronto Regional Real Estate Board (TRREB), a record 11,081 homes were sold in July

July was a record-breaking month, with 11,081 homes sold, according to new data from the Toronto Regional Real Estate Board (TRREB). That’s a 29.5 per cent increase compared to the same month last year.

Sales activity was extremely strong for the first full month of summer. Normally we would see sales dip in July relative to June as more households take vacation, especially with children out of school, said TRREB president Susan Patel, in a release.

This year, however, was different with pent-up demand from the COVID-19-related lull in April and May being satisfied in the summer, as economic recovery takes firmer hold, including the Stage 3 re-opening. In addition, fewer people are travelling, which has likely translated into more transactions and listings, she said.

Daniel Foch, broker at Foch Family Real Estate, says the market isn’t as hot as some people want to claim it is. He says crashing stock markets when the pandemic first began led to something of a flight to quality into real estate.

I think that we’re also seeing an increase in foreign capital spending in the GTA on a similar principle – that Canadian real estate is a flight to quality in a global context. Because real estate is a much less liquid product with a long-run sales cycle, it perpetuated the consumer sentiment of market growth and resilience we were seeing in early March, Foch told Yahoo Finance Canada.

I think the big 6 banks, Bank of Canada, and the federal government also instilled confidence in the consumers that they’re basically willing to prop up housing by any means necessary, he said.

Foch says those factors make him believe there is systemic risk. He also says the strength is limited to certain types of homes and regions.

TRREB says sales of low-rise homes, particularly outside of the City of Toronto, lead the way with 7,504 homes sold in the 905 area code.

Detached homes saw the biggest jump in sales (43.7 per cent) and average selling price (16 per cent).

Foch says while there’s been movement into the suburbs, it’s not systemic yet.

I’d say it seems to be about 30% driven by seeking greater comfort work-from-home, 30% driven by people conceding that they may not be on an airplane within 24 months and want to live in a vacation-esque locale, and the remaining 40% is a blend of financial stress, deformation of households (millennials moving back in with parents), he said.

Foch says a lot of buyers are emotional instead of rational.

There seems to be impulsiveness, ignorance towards the economy and downside risk, especially in regards to illiquidity risk in some of the fringe GTA transactions taking place right now. I think it shows me that people are feeling pretty invincible, supported by the government, and are confident in the asset, he said. I would go as far as to describe it as brash, and brashness does scare me a little.

Foch says he thinks over the long-term Toronto real estate will be fine.

He says, but, at some point, investments will behave like investments, which means they’ll ebb and flow and bubble and correct, and they’ll also be subject to diminishing returns.

Important:
This article is for information purposes only.
Please remember that financial investments may rise or fall and past performance does not guarantee future performance in respect of income or capital growth; you may not get back the amount you invested.
There is no obligation to purchase anything but, if you decide to do so, you are strongly advised to consult a professional adviser before making any investment decisions.
Henry ThomasAugust 7, 2020
Leave a reply