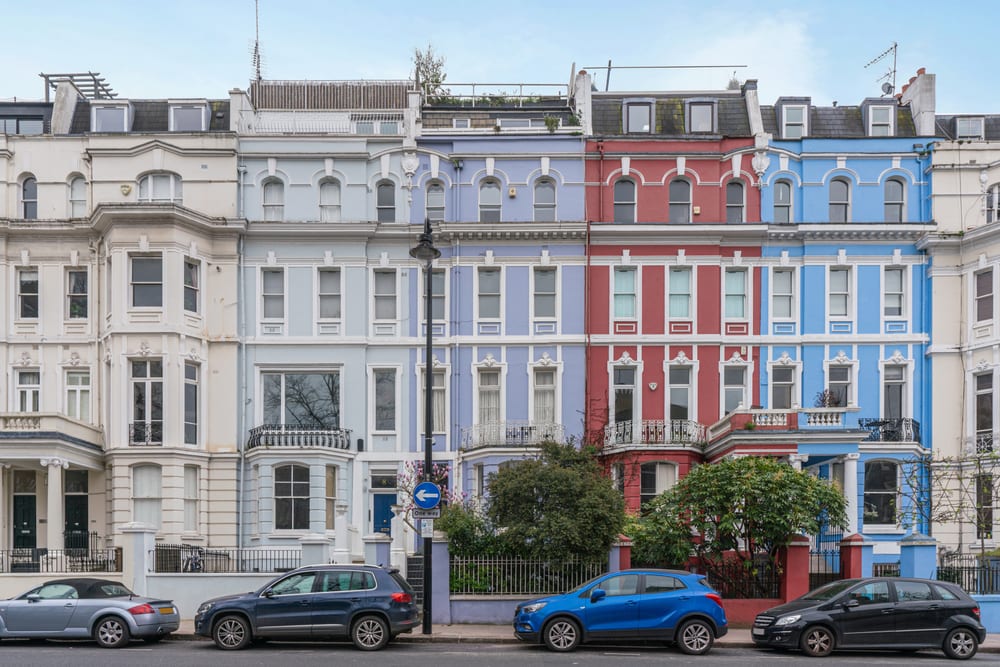 It’s no secret that the UK residential property market has been hot over the first half of 2021. A combination of pent-up demand after months of inactivity during which the process of buying and selling property became problematic to near impossible as a result of pandemic restrictions, has combined with an ongoing stamp duty holiday to drive up activity.

There has also been something of an exodus out of large cities, especially London, which may or may not have a lasting influence on the urban property market. Lockdown periods keeping people at home and out of bars, restaurants, theatres and ruling out holidays abroad and other cash-draining social activities as well as commute expenses also probably went some way to helping first-time buyers boost their deposit savings.

The combined effect of these factors was reflected in recent HMRC figures that showed UK residential property transactions for May may have dipped 3.9% on the previous month but were still up almost 140% on the same month a year earlier.

More significantly, transaction numbers are well up on May 2019, before most of us had ever heard of the Chinese city of Wuhan and coronaviruses. 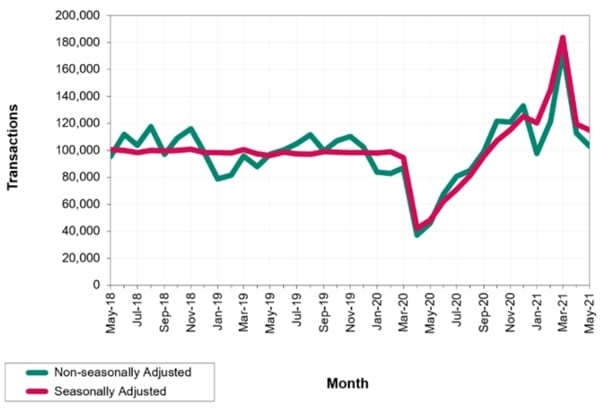 The UK property investment market in 2021

A recent Which? article looking at the impact of the Covid-19 pandemic on the UK housing market says house prices are currently rising by around 9%. That’s a great annual return on investment by most measures, even if it is unlikely to prove sustainable. But a price rise of somewhere around 9% is still a great start for any property investment.

And it is a time-sensitive opportunity, with the current high number of transactions being largely attributed to the temporary cut to stamp duty introduced last year as a counter-measure to the pandemic’s impact on the property market.

There is plenty of debate around whether the government needed to cut stamp duty, which can see buyers save up to £15,000, to prop up the residential property market. The evidence suggests it may not have been necessary after all. But with the stamp duty waiver extended to the end of June in England and Wales, there is currently a rush to take advantage which is driving prices up.

But, of course, the property market in the UK always shows significant regional variations. And in the biggest cities, especially London, price growth rates can vary drastically from neighbourhood to neighbourhood.

So where should you be looking for investment properties this year to hopefully take advantage of price rises towards the top of the 2021 and 2022 ranges? Let’s take a look at the property hotspots around the UK different experts think have the most potential for price rises in the short to medium term.

Recent data from credit agency Experian suggests the number of people upping sticks and leaving the capital as a result of the pandemic has been exaggerated. In 2019, slightly more families also moved out of inner London than arrived, with a ratio of 114/100. Over the six months between March and September 2020 the number of people moving out of inner London compared to those moving in rose only very slightly.

“Migration out of inner London has increased but far less than some apocalyptic commentators have suggested.”

In any case, residential property price growth usually varies significantly between different London neighbourhoods. Improving transport infrastructure is often a major price driver, as is the steady spread of ‘gentrification’. If prices have boomed in newly gentrified areas that were previously rough around the edges, the usual pattern is for that trend to then spread to surrounding neighbourhoods.

Recent research by estate agents Homes & Property and Foxtons pinpoints the following London neighbourhoods as likely to see above average price growth in 2021.

These three adjacent neighbourhoods south of the Thames were caught up in earlier waves of the gentrification process sweeping through London but are now poised to again move up a rung or two in London’s desirability league.

With a number of blue chip companies having already relocated to the area, Foxtons’ report states:

“We expect this area to become an extension of prime central London.”

Located adjacent to Shepherd’s Bush, Old Oak Common is highlighted as a neighbourhood primed to ride on the coattails of its increasingly shiny neighbour. Foxtons thinks Shepherd’s Bush itself is still an undervalued region of London. Prices shot up with the opening of the White City Westfield shopping mall and plenty of additional regeneration has gone on around that centrepiece, including the conversion of old BBC studies into residential properties.

Foxtons believes Shepherd’s Bush will continue to see some of the fastest prices rises in broader central London but neighbouring Old Oak Common may do even better. It’s on the new Crossrail transport artery and less advanced than its neighbour along its path towards regeneration. Which means you can still get more for your money and an upside that looks enticing.

Another London neighbourhood that looks to represent good value compared to neighbours like Wimbledon, South Fields and Earlsfield. The gentrification effect is now noticeably spilling over and Raynes Park house prices look set to benefit.

Other London neighbourhoods the Foxtons report picks out as likely to see better than average price growth for residential properties include Islington, Shoreditch and Whitechapel.

The reality is that even the ‘cheapest’ London neighbourhoods are now expensive with little hope of getting much change of £300,000-£400,000 for even a modest property at the lower end of the market. But there are plenty of other towns, cities and regions around the UK that are being tipped for strong residential property price growth that offer much more accessible price points to acquire investment properties at. Let’s take a look at some of the most talked about.

Named “Britain’s crappiest town” by a 2003 book about the worst places to live in the UK, Hull has come a long way. Hull’s upturn in fortunes is closely linked to the wind turbine factory German giants Siemens was given permission to start building in 2012 and opened in 2016. A further boost came from Hull being named the 2017 UK City of Culture.

It’s not, of course, been an overnight transformation and Hull still represents a very different kind of property investment to London. Prices are still very affordable but that translates into average rental yields of 9.2% in the city – as high as anywhere in the UK.

“Over the course of the year, we have seen a 2.3% uplift in rental values, in contrast to London, which is on course to see a 5.2% drop for the year”.

“This is an indication that due to market uncertainty, higher loan-to-value mortgage products being less readily available and people’s property requirements changing due to working from home, demand for rental properties is starting to outweigh supply within the city.

“Trends such as the above, along with low purchase prices and high yields – 8-9% is readily available – make Hull and the surrounding areas a great place to invest.”

Yorkshire is a strong theme for the UK’s most prospective 2021 property investment spots with Leeds also considered to be a strong choice by market analysts. A quickly increasing population, growth rates are around seven times those of London, is combining with an influx of young, well-paid professionals thanks to a vibrant local economy attracting companies.

Unemployment rates have consistently fallen in Leeds in recent years and housing supply is stretched. The Yorkshire and Humber region had the highest average rent rises in the UK in 2020, at 3%, and Leeds was the main driver of that figure. Rental yields are good even if not to the same extent as Hull, with between 4% and 6% the usual range.

House prices and rental yield rises are tipped by Aldermore to come second to only Manchester over 2021.

Manchester has strong price and rental yield growth prospects, among the highest in the UK, and crucially has among the lowest void rates – periods between tenants properties remain empty for. The city also has one of the country’s highest rates of renters to homeowners.

Of course, the towns and cities mentioned here do not represent an exclusive list of great places in the UK for property investment in 2021. Liverpool is definitely worth looking at, as is Sheffield and even Doncaster is tipped for a bright future of property price and rental yield gains.

Please remember that investments of any type may rise or fall and past performance does not guarantee future performance in respect of income or capital growth; you may not get back the amount you invested.
Henry ThomasJune 26, 2021

Since the start of the coronavirus pandemic, the Economic Statistics... END_OF_DOCUMENT_TOKEN_TO_BE_REPLACED

Once viewed as a nice, lowish risk source of reliable... END_OF_DOCUMENT_TOKEN_TO_BE_REPLACED